"I have met many teachers, visited many schools, worked in many educational institutions, and I strongly believe that Jeff Beedy is the finest educator and administrator (and human being) I've met in two decades of teaching and doing education observation research."
​
DR. ROBERT COLES PULITZER PRIZE WINNER AND FORMER HARVARD UNIVERSITY PROFESSOR 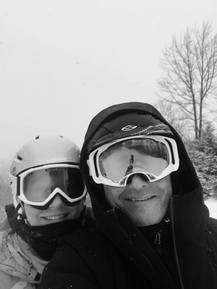 Jeff Beedy is the pioneer of sport-based youth development and a recognized leader in whole child education. At Harvard, Jeff  studied with renowned child psychologists Carol Gilligan, Lawrence Kohlberg, Robert Selman, and Sesame Street founder Gerald Lesser and later taught Social Reflections of Literature for Pulitzer Prize winner Dr. Robert Coles. Jeff is the author of the Total Human Development (THD) and Positive Learning Using Sports (PLUS) models of education and child development.  PLUS is implemented around the globe including China, South Korea, and the United States and Canada. The PLUS model was used in conjunction with a UN grant to bridge peace between the Greek and Turkish children on the island of Cyprus. In 2010, Jeff was hired to be the founding head of the first boarding school to open in South Korea’s 2 billion dollar Global Education City on Jeju Island. Jeff's most recent books  Dancing with the Natives and The New Science of Sport-based Education are available on Amazon. ​In his earlier years, Jeff played in the Cape Cod Baseball league and skied on the freestyle tour in California. Jeff and his wife Karyn are musicians and play professionally as the Nadia and Jocko Band. Jeff and Karyn enjoy skiing with their five grandchildren and many nephews and nieces throughout New England.

Books by Beedy on Amazon

At times of a global economic recession- Jeff Beedy- a philosopher, a visionary humanist and a true educator, provides the framework, the guidelines, the rationale and the tools for a new global “investment”. An investment that can last over time and space. An investment on character development, civic engagement and human potential through the “New Science of Sport-based Teaching and Learning”. Jeff’s inspiring and refreshing work reminds us the importance and the need of investment in Human Capital through sport-based value oriented youth development in a very simple and applicable way. Jeff’s work and recommendations will last over time and space- since they  blend the universality of Socrates, Plato, Aristotle’s pedagogy, philosophy and ontology- revive ancient Olympia’s values of holistic human development and civic engagement- merge this ontology with the theoretical foundations of the greatest moral and human development theorist of our days- and showcase how the theory of  science of sport-based teaching and learning can become praxis. A great book and a great tool for all  youth development “investors” (educators, policy makers, researchers and practitioners)-a clear roadmap and robust foundation for “sport”-for-development programming around the globe. Thank you Jeff for this great contribution!!!
Alexis Lyras, PhD, Sport-for-Development and Peace Georgetown University