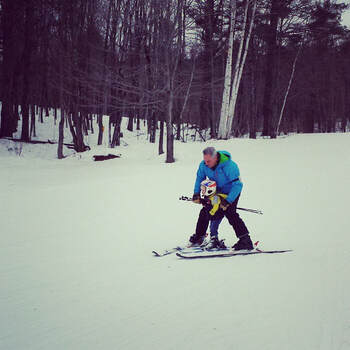 At Harvard, Jeffrey received a doctorate in human development and a masters degree in counseling psychology and studied with renowned child psychologists Carol Gilligan, Lawrence Kohlberg, Robert Selman, and Sesame Street founder Gerald Lesser. He later taught Social Reflections of Literature for Pulitzer Prize winner Dr. Robert Coles. While living and leading school communities over the past four decades, Dr. Beedy authored the Total Human Development (THD) and Positive Learning Using Sports (PLUS) models of education and human development used throughout the world. Jeffrey has led international, Montessori, and day schools. In the 1980s, he founded the innovative Positive Learning Using Sports PLUS) camp that combines sports with learning and literature at Milton Academy. He led New Hampton School to be the only private boarding high school in the U.S. to win the coveted National Character Award in 2002.  In 2006, funded by a UN grant Jeffrey was invited by the Olympic Doves Movement to bridge peace between the Greek and Turkish children on the island of Cyprus. In 2010, Dr. Beedy was hired to be the founding head of Korea International School, one of the first boarding schools in South Korea’s two billion dollar Global Education City on Jeju Island, South Korea. In less than a year, he  helped create the curriculum, hire 60 international faculty, and enroll 375 students. In 2018 he led Casa di Mir Montessori School in Silicon Valley California a leader in Peace Education.


"In a time when one fad in education often follows another, Jeffrey Beedy has demonstrated the perseverance necessary to making a difference when the stakes are high and the impact can be great. Just as competitive athletes must have discipline to achieve their goals, for Education in the United States to get the best out of its students, it must show the discipline necessary to integrate the natural engagement of of youth to sports into their educational life. Working carefully and conscientiously over 30 years, bringing the best research has to bear, Beedy has produced Positive Learning Using Sports. This no nonsense, level headed approach to the integration of academics, ethics and engagement for youth needs to be part of every school’s agenda.”
Robert L. Selman, Ph.D. Professor of Human Development and Education and Psychology in Medicine Harvard University

Everything I have learned about (and from) folk music is paralleled in Jeff Beedy's remarkable book. Singing together creates community, helps define ethics and engenders respect. Sports approached with "positive learning" accomplishes the same. The magic of Puff is definitely on Coach Goodsport's team.
﻿﻿Peter Yarrow, Peter, Paul and Mary

“Jeff Beedy has been a pioneer in using sports to teach lessons beyond the playground. In Positive Learning Using Sports, he has put together an amazing resource to help coaches become effective teachers of life as well as their sports. It is an invaluable resource for school leaders who want their sports programs to be the equal of their academic programs in having a lifetime impact on their students”
Jim Thompson, Founder and Executive Director Positive Coaching Alliance

﻿Jeff created the PLUS model.   I have often turned to his now classic book, Sports PLUS, for ideas and inspiration.  It is used as a basic reference by sport psychologists and youth sport leaders throughout the world including China, Spouth Korea, Africa, Cyprus, and throughout the United States.
﻿Brenda Light Bredemeier, PHD  Pioneer in Sports and development

This book will prove invaluable, for sure, to thousands of parents and coaches and to the young people whom they are meant to instruct and inspire. In page after page we are offered so very much wisdom-hints and suggestions about how we might be more honorable and decent human beings.
Dr. Robert Coles Pulitzer Prize Winner and former Professor Harvard University

The PLUS Model is a powerful way to encapsulate the profound metaphors for life that lie just below the surface of the games we play.  I use Beedy's work whether I am coaching youth or adult rowers. The results have been transformative both on and off the water.
Holly Metcalf Gold Medalist 1984 Olympics and Founder of Row As One Institute

We learn in many ways--a truism, of course, and yet many of us, alas, forget the ironic confines of our educational background: the way we were persuaded that the acquisition of knowledge began and ended in the classroom, or on occasion, the reading room of a library. All the time, however, we are potential teachers of one another, and for our children especially, an athletic game can be an occasion for many lessons indeed--emotional and moral, and too, cognitive of factual. Those of us who were active during our high school school and college years in a particular sport well remember those moments when something was said or done that lived long and hard in our memories: a gesture, a nod, an effort of one kind or another, a remark--and suddenly a new sense of things, an awareness of this or that, heretofore absent.
Dr. Robert Coles  from the forward of Jeff Beedy's Positive Learning Using Sports Book

“I am always amazed and gratified when Jeff Beedy publishes yet another work on how to use sport participation and competition to develop better kids – and to help the adults who teach and coach them. This latest work is as magnificent as the multitude of his previous endeavors. Jeff has been teaching this writer a hardened and too-often pessimistic youth sports “culture changer”  for well over two decades; and I always learn plenty of new tools to try to help make American organized youth sports more child-centered. Jeff is a true beacon of valuable wisdom. If you’re going to invest any time in administrating, coaching and “sidelinewatching” children in sport, please read this book.”
﻿Bob Bigelow, Youth Sports Activist, co-author of Just Let the Kids Play﻿

“I have met many teachers, visited many schools, worked in many educational institutions, and I strongly believe that Jeff Beedy is the finest educator and administrator (and human being) I’ve met in two decades of teaching and doing educational observation research.”
Dr. Robert Coles Pulitzer Prize Winner and former Harvard University Professor

At times of a global economic recession- Jeff Beedy- a philosopher, a visionary humanist and a true educator, provides the framework, the guidelines, the rationale and the tools for a new global “investment”. An investment that can last over time and space. An investment on character development, civic engagement and human potential through the “New Science of Sport-based Teaching and Learning”. Jeff’s inspiring and refreshing work reminds us the importance and the need of investment in Human Capital through sport-based value oriented youth development in a very simple and applicable way. Jeff’s work and recommendations will last over time and space- since they  blend the universality of Socrates, Plato, Aristotle’s pedagogy, philosophy and ontology- revive ancient Olympia’s values of holistic human development and civic engagement- merge this ontology with the theoretical foundations of the greatest moral and human development theorist of our days- and showcase how the theory of  science of sport-based teaching and learning can become praxis. A great book and a great tool for all  youth development “investors” (educators, policy makers, researchers and practitioners)-a clear roadmap and robust foundation for “sport”-for-development programming around the globe. Thank you Jeff for this great contribution!!!
﻿ Alexis Lyras, PhD, Sport-for-Development and Peace Georgetown University﻿